In 1972, Ben Scott made a decision that would change the course of his life, his family, and the local communities. After 11 years of operating three college bars in Toledo, Ohio, he applied for a McDonald’s franchise and opened his first restaurant in Piqua in January 1974. In the beginning, sales were slow, but by November of that year, things were looking up and the company continued to grow. From 1974-1993 the company grew to 7 restaurants. Ben said he just loved the brand and he felt he had a great partnership with the McDonald’s Corporation, as it was an exciting time to be a part of a growing international company. As the company grew from 2,400 to 30,000, he and his wife, Louise went to many milestone store openings, in Toronto, San Francisco, Washington DC, and Hong Kong.

In 1993 their son Benny graduated from the University of Kentucky and started working in the business to become an operator. In 2001, he and his wife Stacy bought the business and have since grown the company to include 15 successful locations. Benny credits his Dad for the amazing opportunity to join the McDonald’s system, work with him in the family business and help him to become a successful business person. Stacy and Benny consider their people to be their greatest strength and are very proud of all of the over 1000 employees, who help maintain a long tradition of being highly respected in the McDonald’s system, for running great restaurants and supporting their communities. 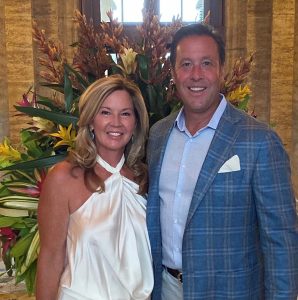 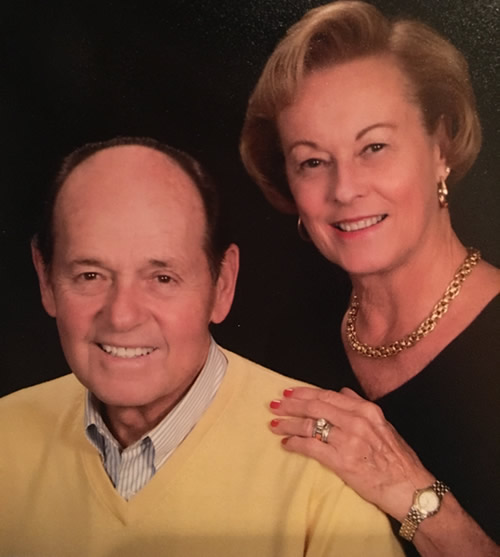 Benny and Stacy are both active in the McDonald’s community and the communities in which their 15 stores are located. They recently received the highest award that can be given to McDonald’s owners and operators, The Fred L. Turner Golden Arch Award. The Award is presented biennially at the McDonald’s Worldwide Convention to franchisees who deliver a superior experience for their customers, ensure a positive experience for their employees and passionately give back to their communities.

Ben and Louise still reside in Piqua, but they split their time between Ohio, Michigan, and Florida. Stacy and Benny live in Piqua with their Mini Berne doodle Clara Mae and they have 3 adult children Zack, Tyler, and Ellie.